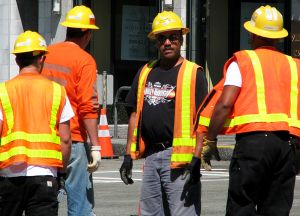 The Supreme Court and the Department of Labor have instructed courts to look at several factors to determine whether a worker is a true independent contractor or an employee entitled to overtime. Note: all of these factors do not need to be present in order for the courts to find a worker an employee as opposed to an independent contractor. The courts look at the situation as a whole. The Supreme Court factors include:
END_OF_DOCUMENT_TOKEN_TO_BE_REPLACED

On October 4, 2012, Martin & Martin filed a potential collective action against Horizon Satellites, Inc. alleging that the company misclassified its dispatchers / customer service representatives as independent contractors to avoid paying them overtime. Horizon Satellites contracts with DISH Network Satellites to install, maintain, and repair satellite systems in several states including Georgia, South Carolina, North Carolina, and Virginia. The suit was filed on behalf of dispatchers / customer service representatives who allege that they consistently worked more than 40 hours per week but were not paid one and one half times their regular hourly rate as required by the Fair Labor Standards Act (“FLSA”).