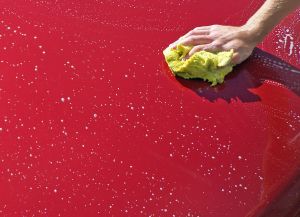 After investigation, the Department of Labor (“DOL”) announced that current and former car wash and detail employees at a Texas car washing and detailing company that provides services to car dealerships would receive almost $230,000 in unpaid minimum wage and overtime pay. The DOL found that the company violated the FLSA’s overtime and minimum wage provisions by not compensating the employees all of the pay that they were entitled.

The car wash and detail company was found to have a timekeeping system that always rounded the employees’ time in the employer’s favor which resulted in employees not being paid for all hours worked violating the $7.25 per hour minimum wage regulations. Additionally, the car wash and detail company also failed to compensate employees at an overtime rate of time and one-half of their regular rate for all hours over 40 hours in a workweek.

The FLSA requires companies to compensate its hourly employees at least the minimum wage rate of $7.25 per hour and an overtime rate of at least time and one-half for all hours over 40. The FLSA also does not permit employers to use timekeeping systems that round an employee’s time so that it is always rounded in the favor of the employer. For example, if an employer’s timekeeping system consistently rounds its employees’ hours down, the employer could be found in violation of the FLSA for failing to pay its employees for all hours worked.